HOW BASEBALL LED ME TO MY HUSBAND & A WRAP UP OF THE CARDINALS 2018 SEASON!

Well guys and gals, The Cardinals season ended this past weekend and I must say it’s quite a bummer to me. It’s October, and if you are a baseball fan you know you want your team playing baseball in October. Why? October baseball is only for playoff games, not regular season games.  This year the St. Louis Cardinals did not make it into October baseball and through a couple of hard losses in the week it mattered most  (the last week of regular season)  , I realized I am one big fan. I actually shed real life tears. Like embarrassing, laughing at myself a few days later type tears. Before I share more about the waterworks session that took place, let me give you a little background of how this sport has played a part in my life.

I grew up around the game my whole life. My mom literally had to leave the baseball park in my hometown, Hattiesburg Mississippi,  to go to the hospital to give birth. Having two older brothers, my Dad coached youth baseball for many years. Through coaching, he then felt a need to help organize, run and build a new ballpark facility in our community. He was President of the Optimist Park (ballpark) for a few years while getting the facility going. He won a very special award for this and now has a plaque recognizing him on the wall of the concession stand. He accepted an award in Detroit one year for his efforts and I got to go with him to accept it. Pretty cool! Basically, I grew up around all things baseball.

I wasn’t always a Cardinals fan. I did not have anything against the organizaion,  I  just started to like the Yankees when I was actually grounded for who knows what in middle school. Sorry Mom, for being a pain. Anywho, on with the story,  I had to stay home every night after school for a week and it just so happened to be the week of The World Series. I was glued to the TV,  falling in love with Derek Jeter and dreaming about how I couldn’t wait to go visit New York City one day. Year after year, I always pulled for The Yankees. In fact, talking about baseball and The Yankees was the very first conversation I had with Will. We were introduced at a bar, baseball was on the TV right in front of us, and I shared with him that I had just gone to Boston to watch Derek Jeter play his very last baseball game… ever. P.S. – This was a 24 hour trip and I took my mom because she insisted I not go alone. Will was impressed I actually payed attention to baseball and even more impressed by my spur of the moment trip. The rest is history and we are married AF now. Thank you baseball and Derek Jeter! 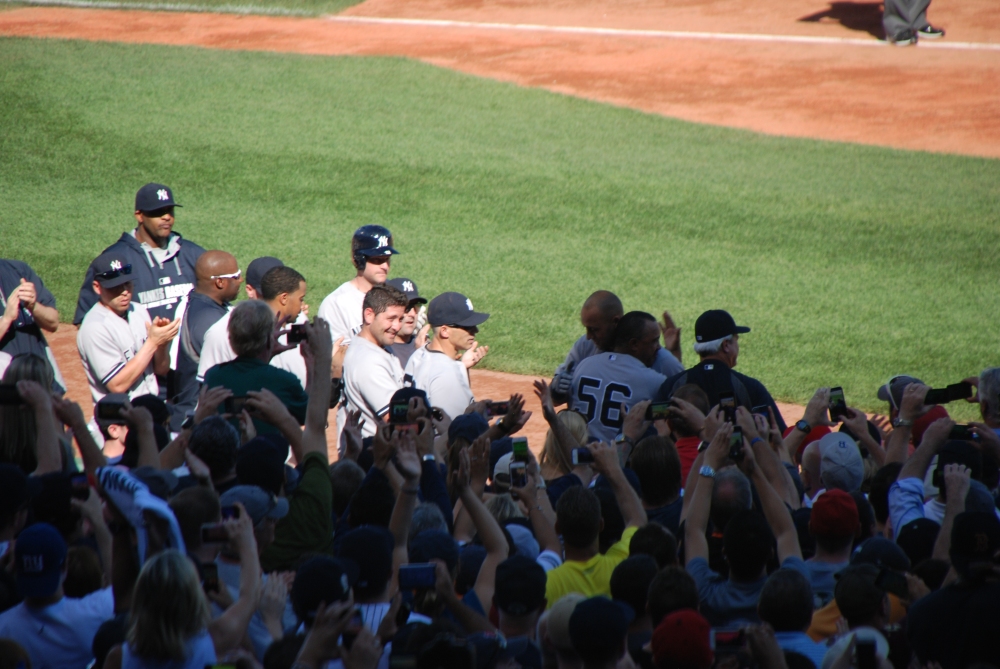 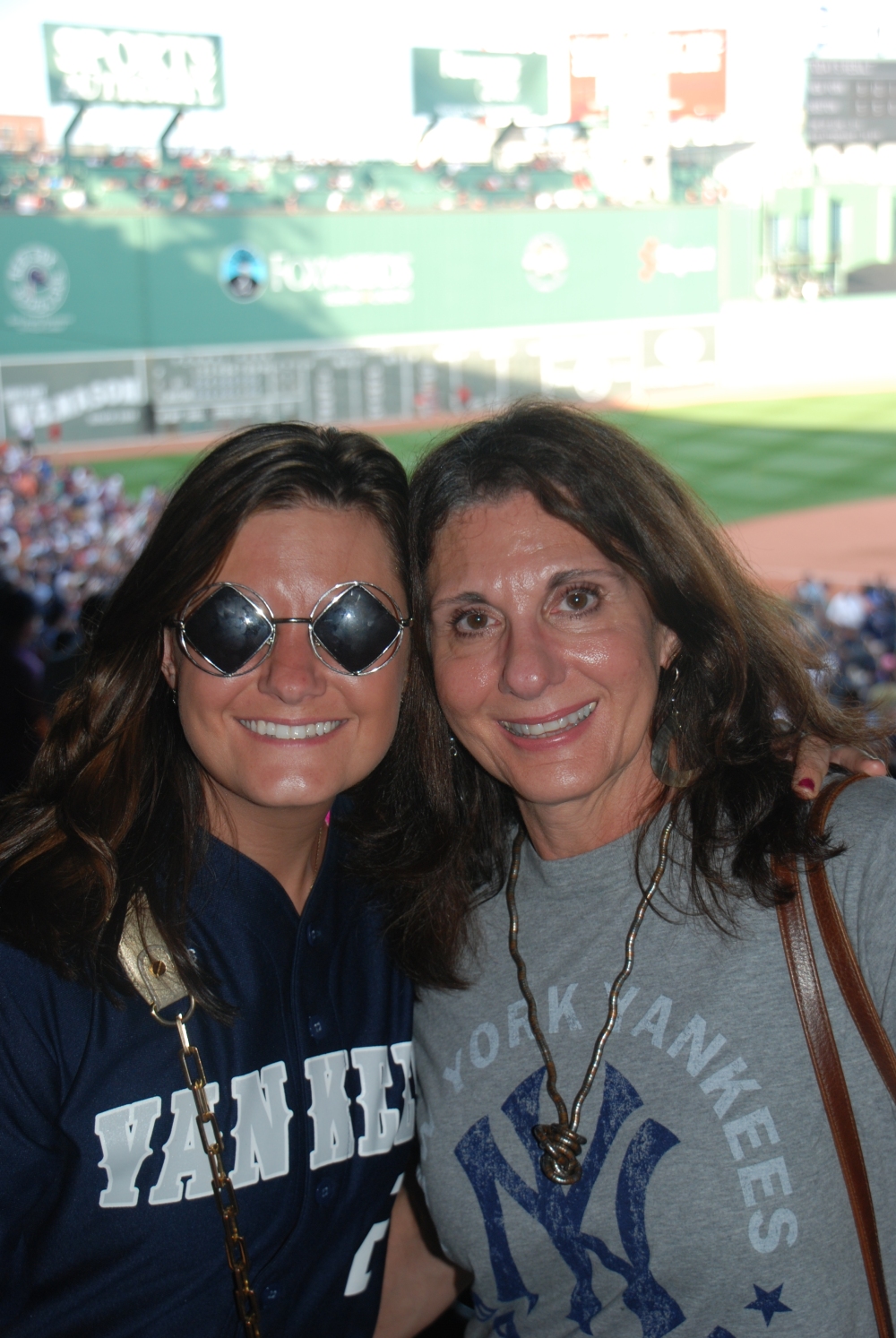 Fast forward from the night we met, Will and I moved to St. Louis almost two years ago. He grew up a St. Louis Cardinals fan, and when his job led us to St. Louis, I was super stoked for him to be living in the town his favorite team was located in. In fact, we live less than a mile away from Busch Stadium and walk to games regularly, holding a monthly season pass. With this much access, it was hard for me to not start paying more and more attention to The Cardinals. Eventually, I began to get really into watching the team play and would attend games even if Will was out of town for work. When you move to a town you don’t really know anyone, you find things to fill your time AND I am in no way hating that Cardinals baseball became something to fill my time. 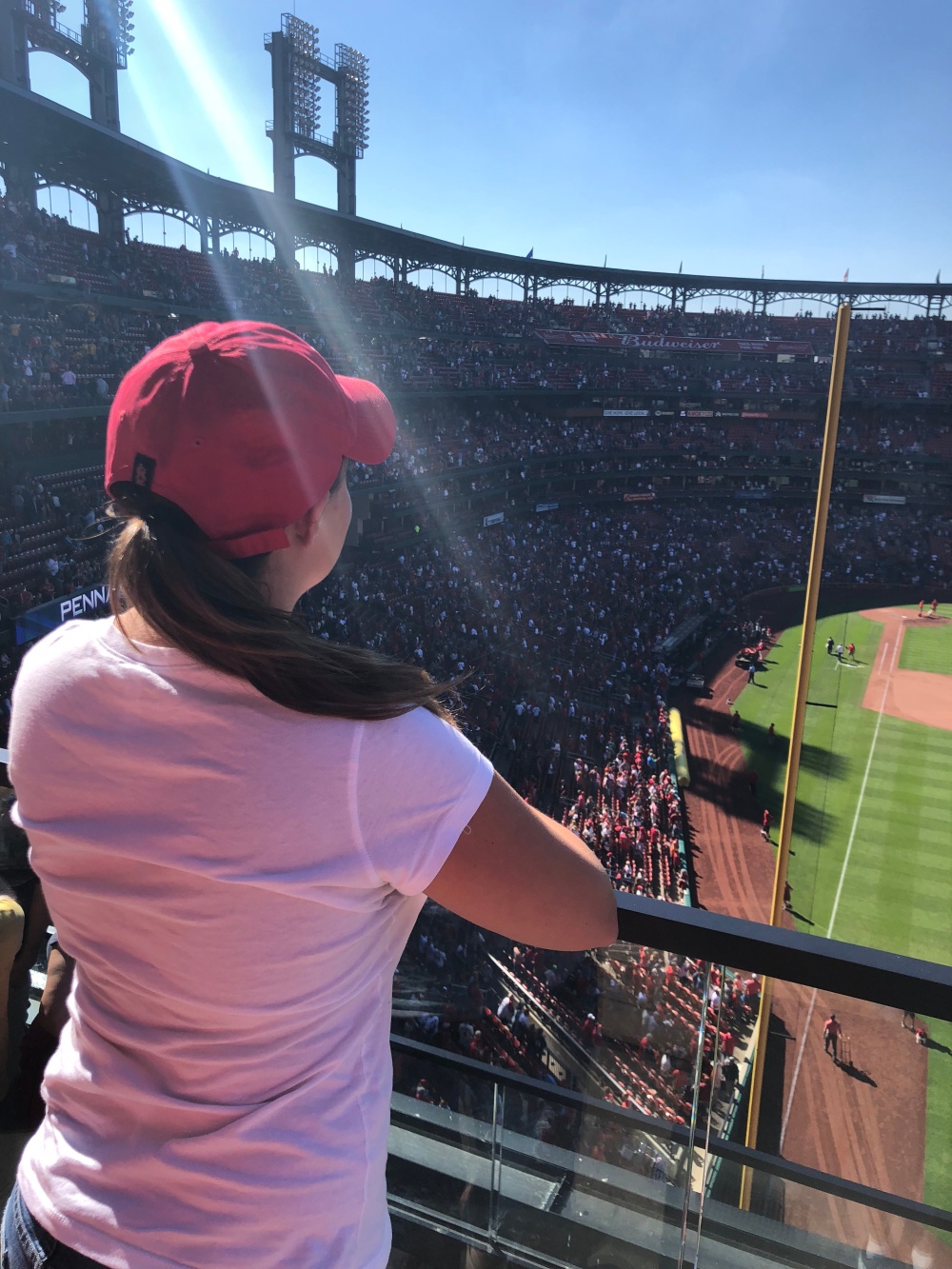 The 2017 season for the Cardinals was OKAY but not what Cardinals Nation expects. Cardinals Nation is huge and expects the team to WIN. The 2018 season was looking to be another just very mediocre season as well. Then it all came crashing down. In July, the manager was fired. Mike Matheny was let go in the middle of a series with baseball to be played the very next day. Any time there is a change in staff in any sport or job, it is  usually pretty awkward circumstances immediately after. However, our team pulled it together quickly and the month of August this team looked like they could win the World Series.  They only lost 6 games the month of August and won 22! WOWZERS!

September comes and one week before the regular season ends we are in the wildcard  position for the playoffs. We were 1.5 games up. Hey, it’s not a division lead but I’ll take it.  Everyone thought we would be in the playoffs and unfortunately we played against a team that is on fire right now, The Brewers,  and we were swept. Three  L’s we just couldn’t afford to have. We were only up by 1.5 games so to lose 3 knocked us out of the wildcard position. However, the way math works, we had 3 games left and needed to win them all. We also hoped that the Dodgers would lose for us to make up for losing to The Brewers. We just did not get it done and lost the playoffs by 1.5 games before the tie breaker. This is hard to swallow. We play 162 games and we miss the playoffs by 1.5. Such a heartbreaker!!! Meanwhile, I started crying on the elevator in our building we live in. Yes, crying. Will didn’t know what to say and I just know the guy on the elevator thought we were in a fight – HA! It was comical and I am totally laughing about this 3 days later.

As for the season, Do I think Matheny should have been fired? Ok, I wasn’t a big Cardinals fan the majority of his time in this position. He never had a losing year and he led the team to the playoffs several times. The problem is that it hasn’t been recently. The past few years we have missed the playoffs and the choice to bring in a new voice was probably a really smart one. When things just aren’t working, change has to take place. I think it was time. I think he is a good guy and he admits he didn’t do everything right. He admits the organization definitely went out on a limb hiring him when he really had no managing experience. He admits the responsibility of getting games won fell on him and he wasn’t succeeding how he should be. I have respect for anyone that can admit when they are wrong and wish him the best!

I am super excited about our new manager, Mike Schildt and feel like 2019 Cardinals WILL be playing October baseball. YASSS!

As for who my favorite player is? Is it Yadier Molina for his passion? Or is it Paul Dejong since I feel like I know the guy. I literally ran into him 4 times one week. I just know he thinks he has a stalker and quite frankly I feel like one. The truth is he lives above the Orangetheory I attend, so I see him often leaving the building. Still, I find it strange because it doesn’t matter if I go to a morning, afternoon or night class, I tend to see him! Ok, that isn’t good enough reason to make him my favorite player, although,  he is good! I am going to say Yadier Molina is my favorite because of his passion. I absolutely love when Yadi tells an ump like it is. A mature veteran with good leadership skills will always win my heart. As for the young guys, Harrison Bader is a stud and works so freakin hard. He will be a star I’m betting.

No more tears from me and I am looking forward to the 2019 season. Cardinal Nation truly has the best fan base and I am super excited to be apart of it now.  Go Cards!